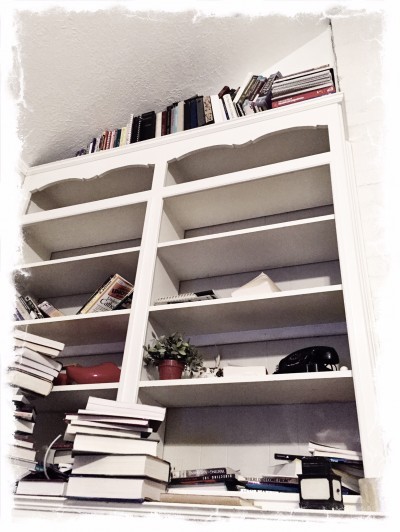 We’re moving. To most, this is new news. Originally, we were on a 2-year plan to vacate our home of the last 7 years, but that plan got scrapped. Quickly. Now we’re on the 2-week plan, and I am left to pack up the entire house while my husband and children continue their daily routines of work and school. But I’m up for the flash-challenge of moving. Bring it on, house! You don’t scare me.

Yesterday, I began my journey into the world of cardboard boxes and packing tape, with the only area of the house that I felt was most appropriate:

It’s a built-in bookshelf about 5 feet wide that stretches all the way up to the vaulted ceiling. It is my pride and joy. A colorful collage of small rectangles, all varying in age and size. Some I have opened over a dozen times. Some have spines just as fresh and crisp as the first day I bought them (most likely because it was an impulse buy or a gift from someone I can’t recall.) Some cost less than 50 cents at a garage sale. Some were extremely overpriced but I bought them anyway (addicts will pay anything to get their fix.) But most I would consider priceless.

As I started to pull the books down, one-by-one, grouping them into small stacks based on size and thickness, I got sad. I didn’t know why. It just hurt to dismantle my wonderful showcase of books, severing them from one another and loading them into uniform brown cardboard boxes. Closing them into darkness and taping them shut.

And then I realized something. I don’t value my library as a collection of books; I value it as a self-portrait. A chronicling of my life, and what interests I indulged in along the way. Love. Music. Religion. Sex. Films. Art. Autism. Palmistry. Knitting. Running. Parenting. And it amazes me that I actually FORGOT that I dedicated my entire education to theatre until I started to see all the scripts and anthologies I had acquired over the years. In truth, I probably wouldn’t even have a library if it hadn’t been for my inability to ever throw away a script with Samuel French on the back.

It makes sense to me now why it’s so hard for me (or anyone) to throw away a book. It’s like a memory. A photograph of a time and place, and just like a photograph, we keep the good and the bad. The treasures and the duds. And no matter how often we do or don’t look at them, we still identify ourselves by them. Without photographs, how much of our lives would we actually remember? Without books, how much of ourselves would we actually know?

Tomorrow, I’ll have to bring in a ladder and get the last of the lot, way up at the top. Most will be yearbooks and old high school journals (which is why they are at the top where no one can reach my embarrassment.) I’m sure once I tape up the last cardboard cube, any personality that the room once had will be gone. But like I said, it was an appropriate place to start. Now that we’re moving, I’ll need to start distancing myself from the house. Removing myself from it. My library is a huge piece of me. It only makes sense to remove it first. 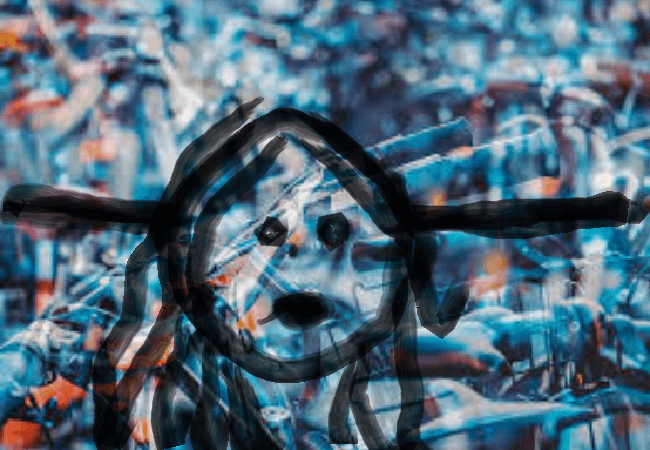 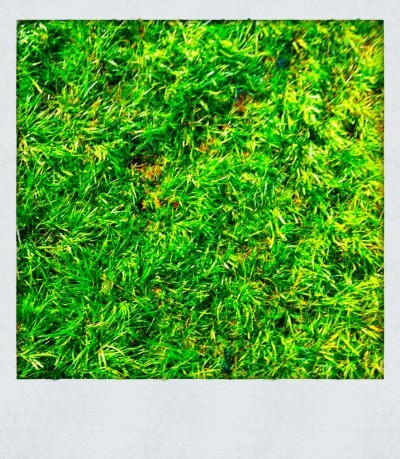